Skip to content
CFL quota system is affirmative action for white males.
In an insidious campaign of social engineering,
the Canadian Football League
is actively promoting “diversity.”
Yet, the league has a racist and nationalist quota system
that shuts out Americans,
impacting gifted Black athletes
most severely of all.
“The founding peoples of the West are under vicious attack. The “alt-right” is not delusional.”
by Henry Makow Ph.D.
The Canadian Football Leagues’ “Diversity is Strength” campaign is social engineering designed to change Canadians’ perception of themselves from an homogeneous European-origin nation with a large coloured minority to a polyglot hodgepodge of races and cultures with no common identity. I resent that this insidious globalist Masonic Jewish agenda is imposed in this devious manner without any discussion or election mandate. 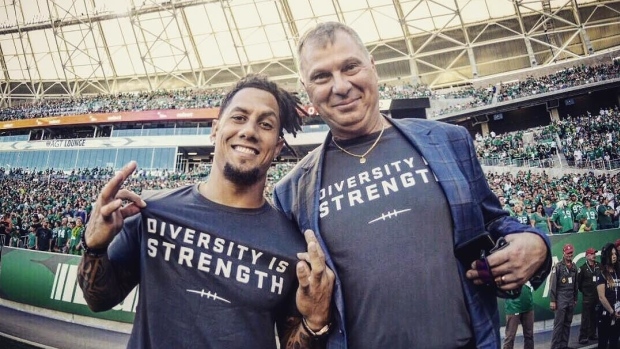 (Left, CFL Commissioner Randy Ambrosie, and player Chad Owens)
For the past week, coaches and sidelined players have been sporting “Diversity is Strength” T-shirts. But as far as Canadian football is concerned, diversity is not strength, it is weakness. As a longtime CFL fan, I can tell you that the best players in the CFL are Americans, and most of them are Black.
They are spectacular athletes but “diversity” is restricting them to only half of the roster. The other half must be Canadians. If it weren’t for this racist nationalism, masquerading as “diversity,” Canadian football would be twice as good as it is today. Diversity is weakness as far as Canadian football is concerned.
SPORTS USED FOR SOCIAL ENGINEERING
In general, sports should not be used to promote a political agenda of any kind. Players refusing to stand for the national anthem is killing the NFL.They should be booted. There ought to be places like the dinner table where politics do not belong. 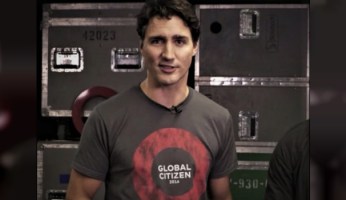 (left, Justine Trudeau, Canada’s first genderless Prime Minister called Canada a “post national” country. Can’t be expected to defend borders.)
Every country with a Rothschild-owned central bank will inevitably become Communist. Communism is a central banker monopoly over everything — power, money and especially thought. Sports aren’t going to be spared. They’ll be used to promote the “progressive” agenda which is dedicated to reengineering humanity for servitude by dynamiting the four legs of human identity: race, religion (God), nation and family (gender.) “We will destroy every collective force but our own,” said The Protocols of Zion (16-4)
The CFL actually stepped up this campaign in response to the Charlottesville psy op, a response to “racial hatred” in the US? Protecting your racial identity is “hate” if you’re white. It’s OK if you are Jewish or Black or Asian. 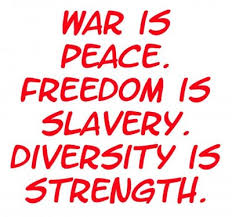 (Orwell actually wrote “Ignorance is strength.” Is diversity ignorant?)
“Diversity is Strength” is the kind of propaganda commonplace in Communist police states like Cuba, China and the old USSR. What’s next? Billboards that say,Diversity is our Strength, War is Peace and Freedom is Slavery?
What are the chances we’ll see a CFL T-shirts that say “Individualism and Free Speech are Our Strength?” Yet, these are the values that built Western Civilization.
MIGRANTS
Meanwhile, Haitian “asylum seekers” are being allowed into Canada from the US on the odd chance that Trump some day might deport them. They are jumping the queue, just barging in ahead of thousands who immigrate legally. I’m all for legal immigration. I just don’t think it should follow a secret globalist agenda to dilute and even destroy (partly through miscegenation) the white race.
This agenda is proceeding apace with attacks on “white privilege” and the cultural record of Western civilization. BLM says hand over all your property! It is happening in the media and advertising where colored men and women are subtly accorded a higher status. The founding peoples of the West are under vicious attack. The “alt-right” is not delusional. They chanted “The Jews will not replace us,” in Charlottesville. The Cabalist Jews (The Illuminati i.e. Communists,) are the real “haters.”
Clearly, Canada’s globalist government is determined to change the demographic makeup of this country. The new opposition leader, Andrew Scheer, is oblivious to this, proof that politicians serve the international bankers, not the voters.
However popular resistance is growing in Quebec, where the French Canadians have a better sense of their national identity.
Why doesn’t Canada reach out to white refugees, like the Afrikaner in South Africa? Why does the Canadian government care so little about preserving their European Christian heritage? Because it marches to the banker’s drumbeat. 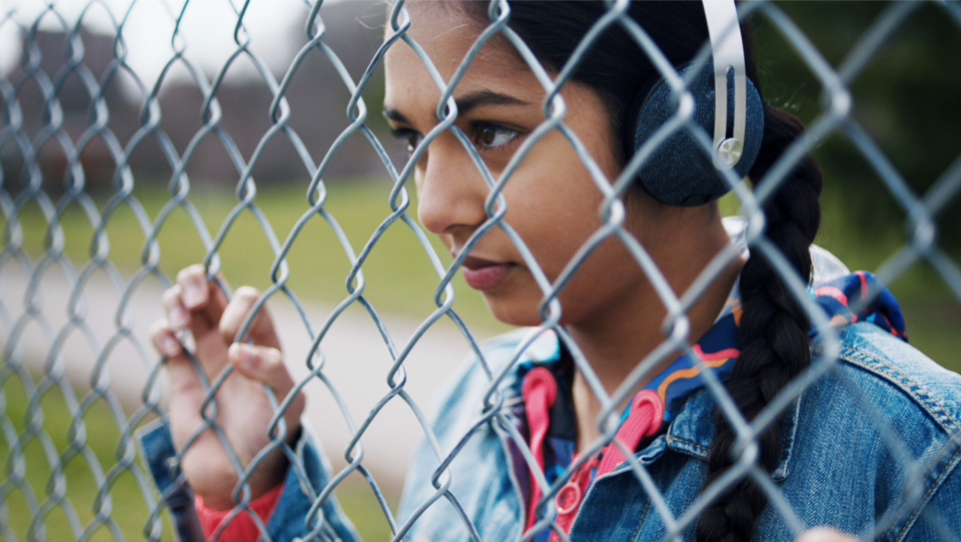 Of course, “diversity” also includes gender confusion. Football is a test of physical strength. It is no place for women. But in their satanic need to invert nature and truth, Cabalists pretend male and female are identical, better to debilitate and control us.
So here is another  CFL commercial implying that girls should be playing. It depicts an East Indian girl looking longingly at boys playing football, and finally being invited to join. Is there nowhere left on earth just for males? Apparently the bankers find them threatening.
As you may have guessed, I actually support the current CFL quota system. It is a nice balance between raising the standard and giving Canadians an opportunity to play. It’s affirmative action for white males, and I’m down for that! I just point out that diversity is not a strength. It is a subversive Illuminati agenda. We are being coerced and brainwashed.
I support the things the Communist central bankers hate —nation, race, religion (God) and family (gender.) I oppose the Communist banker agenda to enslave humanity. Does that makes me a fascist?
—–
Related- War on White People: feminist magazine calls on white women to abort white babies
Mingling of races – a targeted strategy of the New World Order
Jared Taylor- Is Diversity a Strength?
Source:   https://www.henrymakow.com/2017/08/canadian-football-diversity.html