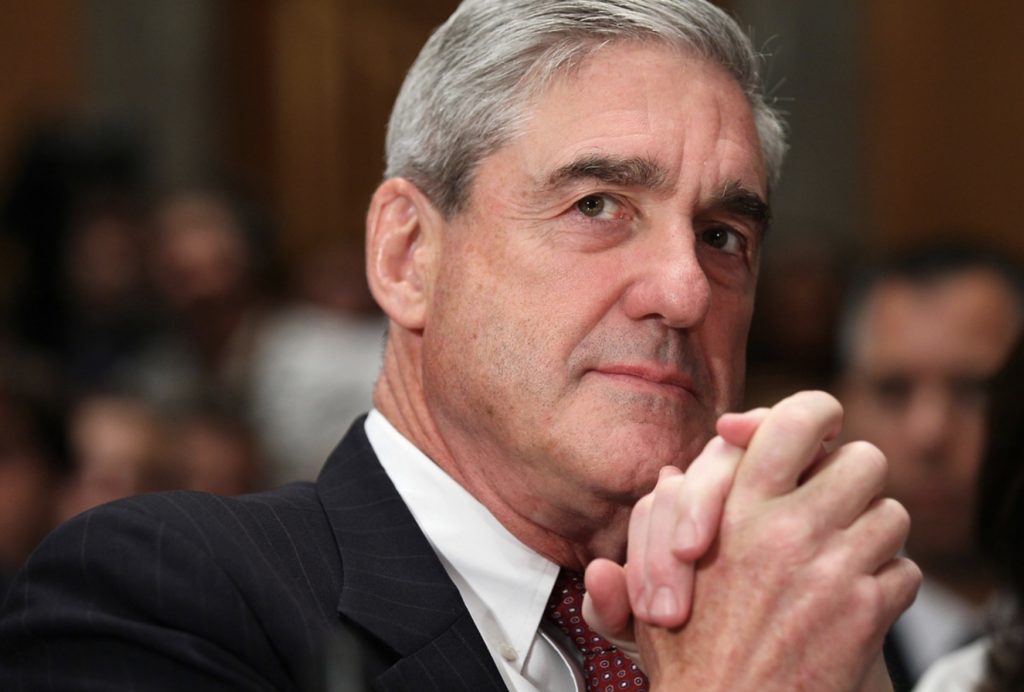 Shortly after former FBI Director Robert Mueller was announced as the special counsel for the Russia investigation, the screeching hordes of America’s “always wrong about everything” punditry class cheered in near unison, lauding the man as some sort of second coming. This sort of thing should always be seen as a red flag, and thanks to an excellent article written by retired FBI special agent Coleen Rowley, everyone can now know exactly why.

But first, who is Coleen Rowley?

Coleen Rowley, a retired FBI special agent and division legal counsel whose May 2002 memo to then-FBI Director Robert Mueller exposed some of the FBI’s pre-9/11 failures, was named one of TIME magazine’s “Persons of the Year” in 2002. Her 2003 letter to Robert Mueller in opposition to launching the Iraq War is archived in full text on the NYT and her 2013 op-ed entitled “Questions for the FBI Nominee” was published on the day of James Comey’s confirmation hearing.

It’s important to be aware of that background as you read the following excerpts from the excellent post published at CounterPunch titled, Comey and Mueller: Russiagate’s Mythical Heroes:

Although these Hoover successors, now occupying center stage in the investigation of President Trump, have been hailed for their impeccable character by much of Official Washington, the truth is, as top law enforcement officials of the George W. Bush Administration (Mueller as FBI Director and James Comey as Deputy Attorney General), both presided over post-9/11 cover-ups and secret abuses of the Constitution, enabled Bush-Cheney fabrications used to launch wrongful wars, and exhibited plain vanilla incompetence.

Well of course, that’s how you get promoted in America.

TIME Magazine would probably have not called my own disclosures a “bombshell memo” to the Joint Intelligence Committee Inquiry in May 2002 if it had not been for Mueller’s having so misled everyone after 9/11. Although he bore no personal responsibility for intelligence failures before the attack, since he only became FBI Director a week before, Mueller denied or downplayed the significance of warnings that had poured in yet were all ignored or mishandled during the Spring and Summer of 2001.

I wanted to believe Director Mueller when he expressed some regret in our personal meeting the night before we both testified to the Senate Judiciary Committee. He told me he was seeking improvements and that I should not hesitate to contact him if I ever witnessed a similar situation to what was behind the FBI’s pre 9/11 failures.

A few months later, when it appeared he was acceding to Bush-Cheney’s ginning up intelligence to launch the unjustified, counterproductive and illegal war on Iraq, I took Mueller up on his offer, emailing him my concerns in late February 2003. Mueller knew, for instance, that Vice President Dick Cheney’s claims connecting 9/11 to Iraq were bogus yet he remained quiet. He also never responded to my email.

Beyond ignoring politicized intelligence, Mueller bent to other political pressures. In the aftermath of the 9/11 attacks, Mueller directed the “post 9/11 round-up” of about 1,000 immigrants who mostly happened to be in the wrong place (the New York City area) at the wrong time. FBI Headquarters encouraged more and more detentions for what seemed to be essentially P.R. purposes. Field offices were required to report daily the number of detentions in order to supply grist for FBI press releases about FBI “progress” in fighting terrorism. Consequently, some of the detainees were brutalized and jailed for up to a year despite the fact that none turned out to be terrorists.

For his part, Deputy Attorney General James Comey, too, went along with the abuses of Bush and Cheney after 9/11 and signed off on a number of highly illegal programs including warrantless surveillance of Americans and torture of captives. Comey also defended the Bush Administration’s three-year-long detention of an American citizen without charges or right to counsel.

What’s not well understood is that Comey’s and Mueller’s joint intervention to stop Bush’s men from forcing the sick Attorney General to sign the certification that night was a short-lived moment.A few days later, they all simply went back to the drawing board to draft new legal loopholes to continue the same (unconstitutional) surveillance of Americans.

The mythology of this episode, repeated endlessly throughout the press, is that Comey and Mueller did something significant and lasting in that hospital room. They didn’t. Only the legal rationale for their unconstitutional actions was tweaked.

Mueller was even okay with the CIA conducting torture programs after his own agents warned against participation. Agents were simply instructed not to document such torture, and any “war crimes files” were made to disappear. Not only did “collect it all” surveillance and torture programs continue, but Mueller’s (and then Comey’s) FBI later worked to prosecute NSA and CIA whistleblowers who revealed these illegalities.

Neither Comey nor Mueller — who are reported to be “joined at the hip” — deserve their current lionization among politicians and mainstream media. Instead of Jimmy Stewart-like “G-men” with reputations for principled integrity, the two close confidants and collaborators merely proved themselves, along with former CIA Director George “Slam Dunk” Tenet, reliably politicized sycophants, enmeshing themselves in a series of wrongful abuses of power along with official incompetence.

It seems clear that based on his history and close “partnership” with Comey, called “one of the closest working relationships the top ranks of the Justice Department have ever seen,” Mueller was chosen asSpecial Counsel not because he has integrity but because he will do what the powerful want him to do.