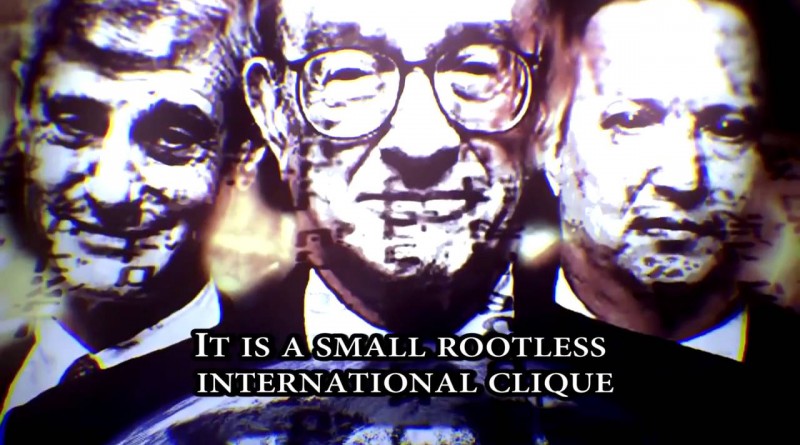 There has been a lot of divide in the pro-White movement lately.

There are a lot of great stand up men and women who want to come together and create a better life for ourselves and future white generations by ridding ourselves of the non-white orcs in our midst as well as freak shows like Bruce Jenner. We would like for future white kids to be able to grow up in a country where they are taught to be proud of the accomplishments of their race instead of being told that they are to blame for everything, where the sacrifice and hard work of their ancestors isn’t just handed off to an ungrateful mob of non-whites who always want more, where parents don’t have to worry about their five year old being taught about butt sex at school by homosexuals.

Then there’s the other group of “pro-White’s.” The MGTOW/alt-right folks who are making heroes out of losers like Middle Eastern rapist Roosh V who encourages a Peter Pan lifestyle in which males go out and try to bang everything they can. Many guys are only too happy to follow Roosh V and other PUA’s because according to them, everything is all women’s fault. Yes, EVERYTHING. 100%. Apparently, every man in the world is an innocent angel who has never done anything wrong and women are just evil, soulless bitches who sit around secretly plotting their demise.

To be fair, some of their anger is understandable. I too get pissed off when I see these smiling idiot European women holding up signs welcoming rapugees into their countries. I too get annoyed when I’m out at the grocery store and I see yet another white woman toting her mixed race mongrels around. I roll my eyes at these white women who just cannot wait to get on liberal sites like The Huffington Post and tell the world that they are married to a black guy, just so they can prove how awesome and not racist they are.

But it is wholly unfair and just plain wrong to place every square inch of the blame on women’s shoulders as if women just woke up one day and thought, “You know what? I’m just going to fuck up everything for the hell of it!”

Some manosphere guys seem to operate under the delusion that sixty years ago America was a perfect Leave-It-To-Beaver type of utopia where no one had any problems, but then one day feminism came along and women decided to throw it all away forever. Certainly feminism was a terrible thing that negatively impacted society and things were a lot better back then than they are now, but life was far from perfect. Many working class whites struggled to pay the bills just like they do now, and although the divorce rate wasn’t as high, there were still plenty of broken homes back then. There were abusive alcoholic mothers and fathers. There were both men and women who abandoned their children. There were women whose husband’s passed at an early age and they had to work so they could feed their kids so they were not able to stay home with them. Life was not perfect.

For every manosphere/MGTOW guy who says that everything happening now is all women’s fault, allow me to introduce you to our lovely hook-nosed friends, the JEWS. Consider everything they have done the past fifty years:

JEWS had white children forced by gun point to go to school with black kids even though most white people at the time were against it. By forcing blacks to go to school with whites, white kids would become used to seeing black faces. By introducing them to white girls as early as possible, there was a higher chance of them dating blacks than if they were not.

JEWS have used slavery (which they were responsible for) for decades now as a tool to create white guilt by playing on our good nature.

JEWS own everything, including EVERY media outlet, so how would most people know what’s really going on when Jews have cleverly hid the agenda for so long? Do you really think CNN, Faux News, or MSNBC is going to run a story: “Tonight at seven, folks. How the Jews ruined everything.” Not likely.

JEWS funded the feminist movement. Every high profile feminist of the ‘70’s from Gloria Steinem to Susan Sontag to Betty Freidan was a Jewess. Gloria Steinem even admits in her own autobiography that Ms. Magazine, her feminist rag in the ‘70s was funded by the CIA, which of course is run by JEWS.

JEWS paid a lot of money to sell out blacks to produce the ear rape that is Rap Music and then promoted it via MTV, which (surprise!) is also owned by JEWS.

JEWS wrote and produced all of the sitcoms that have consistently portrayed white men as being dumb, lazy idiots incapable of accomplishing even the smallest of tasks.

JEWS also wrote and produced black sitcoms like The Cosby Show, Family Matters, A Different World, Fresh Prince of Bel-Air, etc., that always portrayed blacks in a positive light. No doubt this contributed to many white girls across America thinking of them as being “just like us” thereby allowing them to believe when they got older that it’s okay if they date them. After all, Will Smith is just so sweet and funny, gosh darn it! Most people don’t realize how susceptible kids are to TV PROGRAMMING. Until the age of twelve, children are very suggestible and it is easy to implant ideas in their subconscious. The JEWS know this because they are masters of psychology and manipulation. They have done an enormous amount of research and countless experiments for decades on psychology and how to brainwash the masses and they use “entertainment” for that very purpose.

JEWS invented the drug culture movement of the sixties as well as the rock music of that decade to encourage baby boomer teenagers to rebel and destroy everything good their parents had built.

JEWS convinced white people through the media and liberal college institutions that saying the word ‘nigger’ or even noticing black dysfunction is literally the worst thing a white person could ever do.

JEWS placed blacks front and center in sports and deliberately kept out talented white athletes so that young white boys would learn to worship their negro sports gods instead of Aryan athletes. It’s amazing that negroes throwing a ball around is considered some type of amazing accomplishment worth millions of dollars and endorsement deals.

JEWS have pushed race mixing in movies since 1967’s Guess Who’s Coming To Dinner?, and have continued to do so. No doubt that the Magic Negro character, as witnessed in so many movies today, left a positive impression in many a young white girls minds.

JEWS make all the lifestyle magazines for men and women that turn us into degenerate, self-obsessed, materialistic losers (.i.e. Cosmo, Redbook, Vogue for women, and Maxim, Playboy, and Penthouse for men).

JEWS created the joke that is the school system. Why is this important you might ask? Because children are not actually taught anything. They are not taught analytical thinking skills. Instead they are told to memorize a bunch of useless crap and then regurgitate it onto a paper. If they are good at that, they get an A and told that they are smart. Children are taught to accept and not question the status quo, which means by the time they get out of school, they are good little compliant slaves. They never question authority or what the mainstream media says because they have been encouraged all their lives to switch that part of their brain off.

JEWS created the toxic vaccines and the MILLIONS of chemicals like aspartame, MSG, partially hydrogenated oil and yellow #5, which are in all of our processed foods. These toxins dumb kids down by effecting their brain chemistry, thus making them less intelligent and more easy to manipulate. Surely, it is obvious how much dumber some kids are today than they were just twenty years ago.

JEWS created the biggest lie of all time and most people still believe it. I am of course talking about the Holohoax which brings us to…

JEWS own Hollywood and produce all the mind-numbing filth that comes out of it, including the six million Holohoax films shoved down our throat every single year.

JEWS create wars in shitty third world countries and then use pictures of dead kids to manipulate women into feeling bad so that they will allow towel head rapists into their country.

JEWS legalized abortion even though at that time over 75% of the country was against it. Even the woman in the infamous Roe v. Wade case now says she regrets her decision and that she was used to push an agenda. She is now a pro-life activist, but of course no one knows that because the JEW owned media won’t put her on television now. By JEWS legalizing abortion and pushing all different types of birth control, this encouraged women to engage in a Sex & The City type of lifestyle where casual sex replaced commitment.

JEWS financed singers like Madonna, Eminem, Miley Cyrus, and other “winners” to give kids shitty idols with no morals to emulate, thus destroying the decency and morality of many white kids all across the world. And don’t forget everyone’s favorite celebrity mud sharks, the Kardashians! They too are also brought to us courtesy of JEWS.

JEWS are wholly responsible for the gay agenda and the trans-gender agenda.

Now combine all of these things together: the toxic chemicals in our food and environment, the terrible school system that teaches nothing, the manipulation by JEWISH politicians and their enablers, plus all the brainwashing from TV, movies, and magazines that has been systematically done for decades, and then tell me that everything is still ALL women’s fault that society sucks. Really? You don’t think that maybe, just maybe…