The ACLU confirmed late Saturday that police were given stand-down orders in Charlottesville. This invited violence and only fueled the chaos.

Charlottesville, VA — The events that unfolded in Charlottesville, Virginia this Saturday were tragic, hateful, insidious and even deadly. Saturday will go down in history as the day America’s hate reared its ugly face and proved to the world that this country is being divided — to be conquered. Adding fuel to the fire of hatred and violence were politicians who told police not to intervene and allowed the unchecked carnage to unfold before their eyes.

The stand down was confirmed by the ACLU who quoted a police source saying,

“We’ll not intervene until given command to do so.” 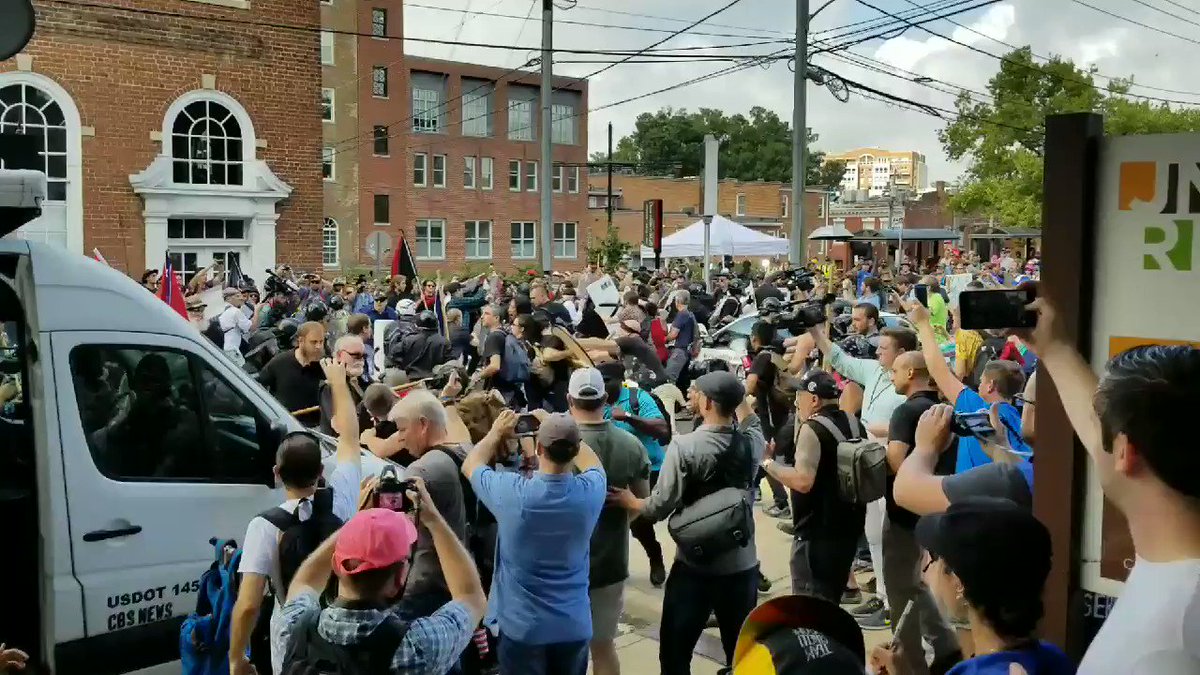 Clash between protesters and counter protesters. Police says “We’ll not intervene until given command to do so.”#Charlottesville

There is no shortage of violent footage of clashes between neo-nazi white supremacists and counter protesters from Antifa and the like. Multiple violent battles raged on for several minutes as blood spilled onto the streets of this college town. Only several feet away were police officers — who did nothing to stop it.

It was a scene that played out over and over in Charlottesville as law enforcement confronted the largest public gathering of white supremacists in decades. We walked the streets beginning in the early morning hours and repeatedly witnessed instances in which authorities took a largely laissez faire approach, allowing white supremacists and counter-protesters to physically battle.

Officials in Charlottesville had publicly promised to maintain control of the “Unite the Right” rally, which is the latest in a series of chaotic and bloody racist rallies that have roiled this college town, a place deeply proud of its links to Thomas Jefferson and the origins of American Democracy.

But the white supremacists who flooded into the city’s Emancipation Park — a statue of Confederate General Robert E. Lee sits in the center of the park — had spent months openly planning for war. The Daily Stormer, a popular neo-Nazi website, encouraged rally attendees to bring shields, pepper spray, and fascist flags and flagpoles. A prominent racist podcast told its listeners to come carrying guns. “Bring whatever you need, that you feel you need for your self defense. Do what you need to do for security of your own person,” said Mike “Enoch” Peinovich on The Right Stuff podcast.

And the white supremacists who showed up in Charlottesville did indeed come prepared for violence. Many wore helmets and carried clubs, medieval-looking round wooden shields, and rectangular plexiglass shields, similar to those used by riot police.

Clad in a black, Nazi-style helmet, Matthew Heimbach told ProPublica, “We’re defending our heritage.” Heimbach, who heads the Traditionalist Workers Party, a self-declared fascist group, said he was willing to die for his cause and would do whatever it took to defend himself. He was surrounded by a brigade of white supremacists, including members of the League of the South and the National Socialist Movement.

Several members of the militia — armed with AR-15s and who appeared to be neutral in the fight — were recorded on multiple occasions attempting to keep the peace by breaking up fights and tending to the wounded. Their actions proved far more effective than the inaction of the police.

The only thing police seemed to be instructed to do was to break up the lawful assembly which only seemed to add fuel to the violent fire that was stoked throughout the day.

“I’m not in the business of throwing our police department under the bus, because they’re doing the best job they can,“ said Bellamy. “I don’t think the police officers were just twiddling their thumbs.”

While policing violent crowds, like the ones in Charlottesville on Saturday, is no easy job, we’ve seen police across the country move in and act in situations far less chaotic.

Whatever the reason police were told to stand down, the result of their inaction was the same. Whether deliberate or not, Saturday’s police response served to fuel the already exponentially growing divide.

If ever there were time to call for peace in this country — it is now. The rapid growth of Antifa and white supremacists illustrates the polarizing effects that ‘divide and conquer’ tactics being pushed by the state and media are having.

We must realize that as long as the citizens keep fighting amongst each other, the behemoth state will continue to usurp our freedoms, rob us, divide us and control us to the point of complete despotism or civil war.

In the 16th century, [Niccolò] Machiavelli – in an attempt to get back in the good graces of the powerful – wrote a slim volume called The Prince. In that book he showed the powers that be how to control the people. That book is a statement: separate and rule, divide and conquer. That’s five hundred years ago and it still works, because we allow ourselves to be led around with holes through our noses. – Maya Angelou

4 Comments on “Confirmed: Police Told to Stand Down in Charlottesville—Did Nothing as War Broke Out”