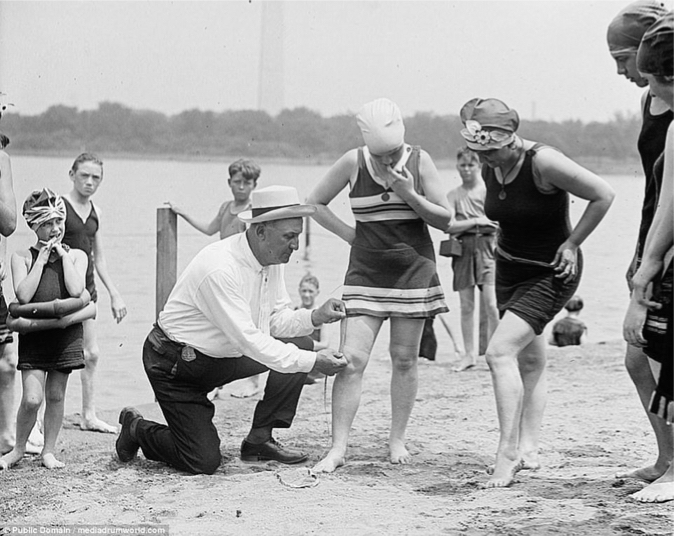 (We shriek at the position of women in Saudi Arabia but in Chicago in 1912,
a woman could be fined for showing too much leg.)
Until we recognize that mankind is in the grip of a powerful satanic force, we will remain defenceless. Illuminati (Communist) social engineers are waging an undeclared war on society. By attacking gender identity and separating sex from marriage & procreation, they hope to divert, degrade and re-engineer us. The Illuminati always understood that the way to sabotage society was to corrupt women.
The Treadmill of Sex and Romance &
Getting Sex Under Control
Updated from March 18, 2006

The hallmark of civilization is the limitation of sex to love and marriage. This humanizes sex and promotes the formation of families, which are essential to the renewal of society.

The alternative is “free love” where man is essentially a dog and woman a fire hydrant. Throughout my life, I was taught that the dog-fire hydrant approach (sex for its own sake) is actually worthwhile and profound, that sexual inhibition causes neurosis, and orgasms are mystical etc.

Woody Allen summed it up: “For an empty experience, sex is the best there is.”

Lets put this conflict in historical perspective. As recently as 55 years ago, our sexual mores were governed by Christian principles. In 1960, there was still a social stigma against illegitimate children. I don’t favor unkindness toward anyone but this stigma was removed by a powerful force determined to destroy the institution of the family.

We shriek at the position of women in Saudi Arabia but in Chicago in 1912, a woman could be fined for showing too much leg.

Ben Hecht recalls that the police arrested women for “smoking cigarettes, for shopping without their corsets on…for using profanity…for wearing slacks and shorts, for kissing in public, for wearing a man’s hat, for sitting alone in a cafe or drinking in a saloon, for driving an automobile without a male in attendance, for putting too much paint on their faces or cutting their hair too short.” (A Child of the Century, p. 47)

This is a reminder that our civilization was founded on Christian values. These proscriptions were extreme and needed reform but they had a sound basis. They were designed to reserve a woman’s sexuality for her role as wife and mother as opposed to sexual profligate.

The forces that removed these taboos also denigrated the role of wife and mother and turned many women into public utilities. Deprived of their natural role, many young women are in crisis, binging on drugs alcohol and sex. See one lady’s account in her book“Smashed.”

Suicide rates for teenage girls have reached a 40-year high.  Motherhood is the destiny of most women — their fulfillment. Take that away and there is not much left.

Occult forces are gradually inducting us into their sex cult without our knowledge. “Secular” is their term for satanic. The “freedom” they trumpet is freedom from the self-discipline necessary to follow our operating manual and grow healthy and happy.

The Illuminati have produced books that pressure women to overcome their inhibitions about having casual sex.

Typical is “Happy Hook-Up: A Single Girl’s Guide to Casual Sex” which counsels women to proudly embrace the labels “whore” and “slut.”

Authors Alexa Sherman and Nicole Tocantins pretend to be offering women “options” (as with careers.) Typically, their real agenda is coercive and subversive, to prevent women from getting married and starting families. 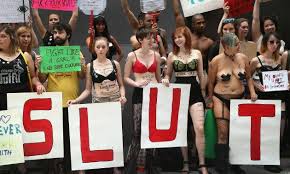 “Cultural norms will catch up with us if we give them no choice,” the authors write. “We, as females, need to show the world that sex without commitment is absolutely our prerogative… Say, “I’m a slut I’m a whore! I love sex!” and mean it. Society needs to change and begin to encourage women to find pleasure for pleasure’s sake.”

Although pleasurable sex is most readily available in the context of a loving marriage, this isn’t considered an “option.”

This perverse propaganda is yet another assault on marriage and family, the institutions that sustain society and gives us identity, meaning, guidance and support as individuals.

Women are naturally monogamous. Surveys indicate they do not find casual sex satisfying and mostly regret it. Why would a stranger care about her satisfaction?

Thus “Happy Hook-up” is devoted to helping women overcome their natural instincts to bond with a man.

Women are instructed not to get to know their sex partner too well. “Try not to discuss too much about your past or future or his. That said, it never hurts to inquire about his sexual history [and] gauge what risks are involved. Then, focus on the action and the action alone.”

They are told to terminate the relationship after one or two trysts and distract themselves with work or hobbies.

Don’t think about “what’s going to happen next, whether he’s going to call you, want you and be your everything. It’s just not going to happen honey. At least don’t expect it to. Stay in control…accept that that’s it. Finito. The end. Flip him over. He’s done.”

NATURE DOES NOT GIVE RAIN-CHECKS

It is perverse to divorce sex from propagation, and fixate on it for pleasure.

I’m NOT saying sex should be confined to procreation. I AM saying it is designed to take place in the psychological and social context of procreation, i.e. marriage or a long-term loving relationship. 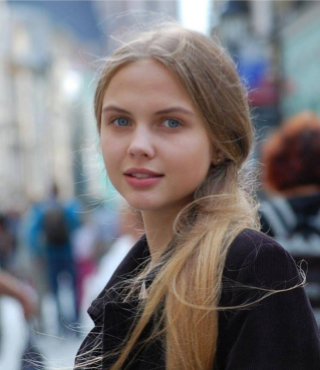 Nature has put an alluring bloom on young women for an obvious reason, and it fades in time with their fertility. They must marry and have a family or end up alone for most of their lives.

“Sexual liberation” sanctions and encourages this callous and primitive behavior and invites the woman to collude in her own exploitation and degradation.

It allows the male to take the only thing that interests him and ignore the woman’s needs in terms of her natural life cycle as a wife, mother and grandmother. It does not empower women; just the opposite.

Sexual intercourse represents the essence of her commitment to her future husband and offspring. Women who have had many partners find it more difficult to bond to one man, and consequently he has difficulty bonding with her.

Free sex is promoted in order to destroy the heterosexual family. The bankers who financed Communism (and Feminism) want the State to replace the father as head of the family.Camille Paglia says as much.

In their vision, the family of the future will have no husband or father. This is straight out of Aldous Huxley’s Brave New World where babies are born in test tubes. Over half of children born to Millennials are born out-of-wedlock.

We cannot underestimate the damage Hollywood has done, and continues to do, by mystifying beautiful young women, romance and sexual intercourse. They are not all thatbut unrealistic expectations fostered by Hollywood have debased human relations and made it much more difficult for men and women to form successful long term unions.

A young man should choose a wife who will help him achieve his goals. One of these goals should be a family. Children are projections of us into the future. They are our offering to God, an Act of Faith. The young man should find a woman who complements him and is easy to live with.

Subconsciously, women want men who serve God. Men (and women) were created to be God’s agents. We know God by doing His will, by serving Him through our actions. Women serve God by serving husband and children and are loved, honored and served in return. When women serve themselves, they end up alone and bitter.