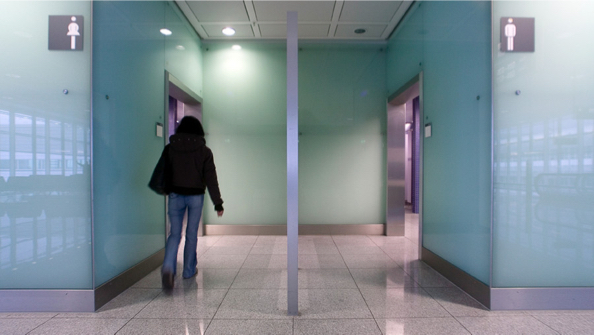 Left. Segregated bathrooms are the last line of defence against the occult Jewish (central banker) attack on gender designed to dehumanize and enslave the goyim. For Satanists, sick is healthy and normal.
Deutsche Bank, PayPal, General Electric, Dow Chemical, Pepsi, Hyatt, Hewlett Packard, Whole Foods, Levis Strauss & Co.
These blue chip companies are “boycotting” North Carolina for legislating that people must use bathrooms corresponding to their birth gender. What business are they in? What are the chances they’d all reach this bizarre decision independently?  Why would they risk a backlash, such as Target is facing, from a prosperous state of 10 million just to cater to a relative handful of mentally ill transgenders?   Why are they dismissing the right to privacy of the overwhelming majority of the population?
Practically every corporation is controlled or dependent on a Masonic Jewish central bank which is bent on re-engineering humanity to serve them. This also applies to homosexuality (discussed below) miscegenation, migration and multiculturalism, all designed to erase religious, racial, national and family identity. We have de facto Communism which is essentially the control over everything by the Cabalist Jewish central bankers and their Masonic lackeys (our leaders.) This is the meaning of servitude.
“We corrupt in order to control”  Giuseppe Mazzini     corrupt = pervert, make sick
(Updated from July 2, 2014)
by Henry Makow Ph.D.

In the Soviet Union, they joked that under capitalism, man exploits man. Under communism, it’s the other way around.

Capitalism and communism are essentially the same thing: monopoly capitalism. i.e. the central bankers own everything. 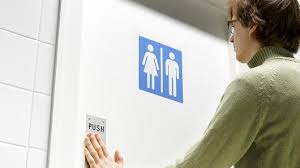 (Attack on our gender normalizes insanity, makes us crazy)
They want unlimited power.  Cabalist Jews and Freemasons (Satanists), they want to own and control everything, including your body, soul, property and your children.  InCommunism, the government is proxy for the central banker, i.e. Rothschild syndicate.
Mankind has been colonized by this satanic cult, the Illuminati. Our political and cultural “leaders” are their go-fers and front-men. If you understand this, the world starts to make sense.

For example, the Satanist makes what is sick, i.e. homosexuality, healthy; and what is healthy i.e. heterosexuality, sick. Up until 1973, homosexuality was recognized for what it is, a developmental disorder. Every summer, we witness a plethora of “Gay Pride” parades designed to normalize this sickness. These events were sponsored by a Who’s Who of large corporations, including  Starbucks, Ebay and Macy’s. USA Today reports: 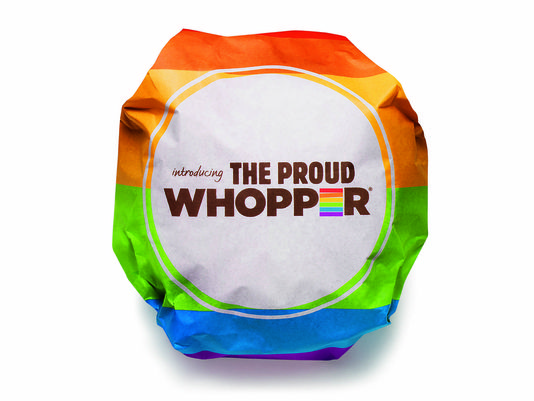 The continued transformation of the parades from small, defiant, sexually daring protests to family-friendly, mainstream celebrations has been on full display this summer as new companies join businesses that have been supporting the cause for years.

At the 43rd Motor City Pride Festival in Detroit, banners were adorned with corporate logos, including those of General Motors, Ford, Comerica bank, Kroger and Whole Foods Market. Delta Air Lines employees handed out day packs, luggage tags and the same cookies that passengers get.

What are the chances that all these blue chip companies would suddenly see the light on “gay rights”?  Most American corporations are owned or controlled by the Rockefellers and Rothschild-owned banks. Thus when the Rockefeller’s  Chase Bank asks its own employees
if they are “allies of the LGBT community,” you know the fix is in. One employee wrote:

This survey wasn’t anonymous. You had to enter your employee ID. With the way things are going and the fact that LGBT rights are being viewed as pretty much tantamount to the civil rights movement of the mid 50s to late 60s, not selecting that option is essentially saying “I’m not an ally of civil rights;” which is a vague way to say “I’m a bigot.” The worry among many of us is that those who didn’t select that poorly placed, irrelevant option will be placed on the “you can fire these people first” list. 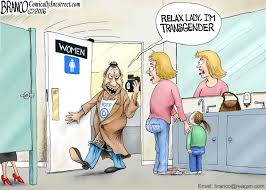 If your job hangs on your personal convictions, you have communism. All US corporations are owned by or depend on these banks. Thus, they all sing from the same songbook.

The communist bankers want to dehumanize us by stealing our gender identity, thereby destroying marriage and family. This renders us vulnerable to their control. Thus we have a full court press promotion of homosexuality which is a sickness.(I don’t blame homosexuals. I admire some who are very talented and not promiscuous; I have compassion for the rest.)

This attack on gender extends to the education system and every corner of government, which the banks also control. Thus, the Health and Human Services Dept. demands gay and transgendered children get special treatment.  The US government is spearheading the promotion of homosexuality worldwide.

At the same time, the Supreme Court recently refused to hear an appeal of the Gay Conversion ban in California. In other words, in a free country,
a person who is confused about his gender is not permitted to seek help. And a therapist is breaking the law by helping him. Sound like communism?

WHEN ARE AMERICANS GOING TO WAKE UP AND SMELL THE COFFEE?? 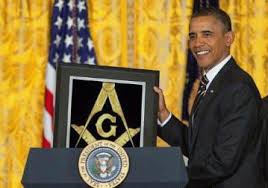 When will Americans recognize that their institutions have been subverted by a satanic cult, the Illuminati, consisting of Cabalist Jews and Freemasons? Communism, Cabalism, Judaism, the Illuminati and Freemasonry are all the same satanic cult. Socialism, Liberalism, Zionism, Feminism, Neo Conservatism and some examples of Fascism are all manifestations of this cult.

Why did they spent trillions on Iraq and have nothing to show for it? (Iraq doesn’t even have an air force!) Why do they create havoc and mayhem in places like Libya, Syria and Yemen. Why do they get up Russia’s rectum in the Ukraine?

Because they’re Satanists who will not tolerate any other power. There will never be peace in the world until they have destroyed everything that is good.  Their peace is Death.

Aside from the absurdity of State enforced humoring of the clinically diagnosed delusional males, the population of them is infinitesimal.  The most exaggerated estimate is 0.03% of the population.  The lower estimate is 0.003%.
As for the bathroom issue the fact is that it’s really only males, ie ‘shemales’ that feel they need to use women’s bathrooms to feel accepted as women.  Honestly, how many ‘fe-men’ do you think are pining away to ‘whip it out’ and use a urinal?  I’ll quote what one of them said about it:  “A misconception emerges in part from a cultural logic that says that no man would consider himself whole without genitals that most closely resemble those of the average cis male.”  She goes on to say basically that a woman doesn’t need a dick to be man.  I’ll spare the three paragraphs of psycho-babble  it took her to say that. [1]
I don’t think ‘trans-myn’ ever considered that a penis isn’t just a sex object like a dildo.  Consider that a woman doesn’t need a dick to PEE, either.   Frankly, I think they don’t have a problem continuing to pee sitting down, and being able to put their strap-on back in the dresser drawer when their done screwin’ with it.    Then go primp in the mirror to admire her testosterone supplement peach fuzz mustache.
The number of people suffering from gender identity disorder (GID) is unknown.  The politically correct figure issued forth by LGBTQXYZ orgs probably comes from the Fenway Insititute Research Center of LGBT Health, which estimates 700,000 or 0.03% of US population.
However the  American Psychiatric Association estimate [1] says as follows:
“It is estimated that about 0.005% to 0.014% of males and 0.002% to 0.003% of females would be diagnosed with gender dysphoria, based on current diagnostic criteria.
Numbers are highest near ‘gender reassignment centers’, so Massachusetts boasts a whopping 0.5%.  But New Zealand claims an unbelievable 1.2% of New Zealand high-school students [2].  (I must call “shenanigans” on that study, but we’ll let it ride for now).
[1] From Huffpost Queer Voices
[2] Diagnostic and Statistical Manual of Mental Disorders 5. American Psychiatric Association. 2013. p. 454. ISBN 978-0890425558.
[3]  Journal of Adolescent Health Survey: Whether a student was transgender was measured by the question, “Do you think you are transgender? This is a girl who feels like she should have been a boy, or a boy who feels like he should have been a girl (e.g., Trans, Queen, Genderqueer)?” Of  8,166 students approximately 95% of students did not report being transgender (n=7,731; 94.7%), 96 students reported being transgender (1.2%), 202 reported not being sure (2.5%), and 137 did not understand the question (1.7%).

When Joe Biden gave credit to television / media for changing the image of homosexuality in America, he was right.  They created a sanitized, benign and cutesy host of “gay” characters for movies and sitcoms.  The ‘gay agenda’ was coming out of New York theater, Hollywood, Madison Avenue LONG before little sitcoms like “Will & Grace”.  Hollywood’s “leading men” like Rock Hudson were chosen to be role models for American manhood precisely because the studios knew they were queers.  Hudson wasn’t just a Sodomite – he was a necrophiliac, who paid gay morticians for access.

Johnny Depp said something interesting lately, he said “all my roles are gay”.   He means he plays all his roles as if they are closet homosexuals.
But this is an old routine in Hollywood.   Consider that for nearly a century teenage boys have been given real-life sick Sodomites like James Dean to assimilate, hoping to be attractive to girls.

Media exploits minorities to spearhead hidden agendas.  Since gays are 2% and tend to cluster in big cities known for a big ‘gay scene’, the majority of Americans who have been targeted and used to throw the weight of “straight” support behind it, aren’t exposed to homosexuals in numbers.
They are misled as to what they’re defending. I knew two ER nurses who told me you’d be surprised how many faggots that come in with dead hamsters or coke bottles up their ass that have to be surgically removed.  That wouldn’t happen if they weren’t DERANGED.   Small animals and golf balls don’t craw inside a rectum by themselves.

Media targets young women.   Like the heterosexual Mormon girl marching in a “Pride Parade”.  Listen to what she thinks “gay rights” is about.