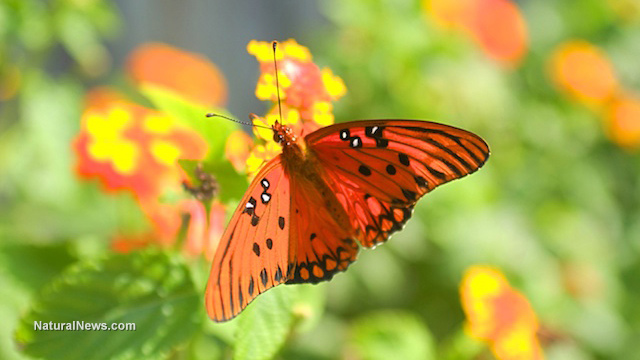 (NaturalNews) In the quest for power and control, mankind has lost reverence for the biology and interconnected ecology that supports life on Earth. As mankind seeks dominion, he continues to separate himself from his natural surroundings, entering a state of disharmony that ultimately affects the natural systems in his body.

In agriculture, mankind has found ways to selectively engineer the genome of crops, taking out undesired traits to give crop produce a flawless appearance. How do these manipulations of crop DNA ultimately affect the human body?

Corporations continue to produce herbicides which are sprayed en masse to destroy the natural life science of plant growth. While the rest of the natural world feels the negative effects, corporations like Monsanto then profit from the poisons by genetically engineering their own seeds to withstand the chemical attacks they created (Roundup-Ready crops). Man-made, chemical science is replacing the natural science that has abounded and coexisted with humans since the beginning. What is mankind’s new age synthetic pesticide science doing to the harmony in the human body?

Studies already show that herbicides like glyphosate are destroying the natural microbiology that connects man with his natural surroundings. Glyphosate kills off several species of good bacteria that live in the guts and intestines of humans. These bacteria intelligently communicate with the body, aiding in digestion, protecting the blood, and activating immune system responses.

Pesticides and herbicides are actually threatening the global economy

Studies show that pesticides and herbicides are also affecting the pollinators of the natural world, inhibiting their ability to fight off infectious mites and disease.

The more that mankind tries to control agriculture with chemicals and manipulations of DNA, the more he inadvertently hurts the pollinators – predominantly the bees and the butterflies. The corporations that are supposedly building the economy are actually destroying both the economy and the natural world. As the ill effects of pesticides take hold, pollinator populations dwindle, ultimately affecting the reproductive ability of important vegetable and herb crops.

A 2016 assessment from the Intergovernmental Science-Policy Platform on Biodiversity and Ecosystem Services (IPBES), asserts, “Many wild bees and butterflies have been declining in abundance, occurrence and diversity at local and regional scales in Northwest Europe and North America.” The more than 80 scientists conclude that pesticides are among the many man-made problems causing the mass pollinator die-offs. Mass-produced pesticides are spurring the evolution of invasive species and pathogens. Herbicides also contribute to habitat loss.

Without pollinators, fruit and vegetable crops suffer. Between 5 and 8 percent of global agricultural production is because of the natural pollinators. Bees and butterflies stabilize the entire agricultural system, contributing an estimated 235 to 577 billion dollars to the economy of world agriculture.

The IPBES report reminds that, “Pollinator-dependent species encompass many fruit, vegetable, seed, nut and oil crops, which supply major proportions of micronutrients, vitamins, and minerals in the human diet.”

Ultimately, dwindling numbers of pollinators leads to lower crop yields, which leads to rising prices for some of the healthiest fruit and vegetable crops. The crops most at risk include apples, mangoes and chocolate.

“Pretty much nearly all your fruits and many of your vegetables are pollination-dependent,” said Simon Potts, deputy director of the Centre for Agri-Environmental Research at Britain’s Reading University.

The high yields and natural quality of more than three quarters of the “leading types of global food crops,” rely extensively on natural pollination. Strangely, this natural science of pollination is being threatened by mankind’s chemical science. Is it time to re-evaluate what science really is? How can we educate ourselves going forward to preserve the natural science that connects all living systems?

The IPBES is calling for alternatives to pesticides and the diversification of agriculture to sustain nature’s pollinators and the future survival of the human race.

3 Comments on “Bee and butterfly populations are dwindling: crops, the economy, and the future of the world are beginning to feel the effects”